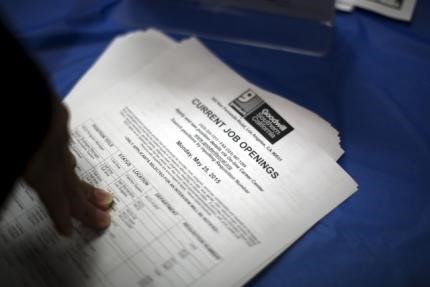 Investing.com — The number of Americans applying for initial unemployment benefits fell to last week, after two straight weeks of increases, amid concerns the recovery in the labor market is losing momentum amid a resurgence in Covid-19 cases.

The number is the lowest weekly total for initial claims since late March, when layoffs around the country exploded due to lockdown orders. Economists had forecast a more modest decline to 1.415 million.

The number of continuing claims, which are reported with a one-week lag to initial claims, decreased to , the lowest since late April The previous week’s figure was also revised downwards to 1.951 million.

The data comes as Congressional Democrats and White House officials continue talks to reach a compromise on a new coronavirus relief bill, but the two sides remain sharply divided on several issues including the size of a federal benefit for tens of millions of unemployed Americans.

Investors were looking ahead to the Labor Department’s more comprehensive nonfarm payrolls report for July on Friday.

That report is expected to show jobs were added last month, slowing sharply from a record 4.8 million in June. The report covers the period through mid-July, before containment measures were reintroduced in some states in the second half of the month.

Data from payrolls processor ADP (NASDAQ:) on Wednesday showed that U.S. private sector hiring increased by just in July, falling far short of forecasts for 1.5 million jobs to be added. However, ADP also revised its estimate of job gains in June sharply higher.